Jamal Khashoggi: A self-exiled journalist talks to the Economist about his country’s recent direction

A year ago my friend Jamal Khashoggi (pictured above), a prominent journalist and past newspaper editor, left his home in his beloved Saudi Arabia for the last time. He is now in self-exile, living in Washington, DC, fearing that he will be arrested for his political views if he returns to his country.

Unlike other figures the Saudi authorities have targeted, such as the writer Raif Badawi, who was sentenced to 1,000 lashes for allegedly “insulting Islam”, Jamal Khashoggi is hardly a dissident. Before he left, he was generally seen as close with the royal court, and even today describes the idea of regime change as “ridiculous”. Mr Khashoggi’s troubles began after he gave a speech  to an American think-tank shortly after Donald Trump’s shocking presidential victory. He argued that Saudi Arabia should be “rightfully nervous about a Trump presidency” at a time when the kingdom was cosying up to the president-elect. Shortly thereafter, he was informed by Saudi officials that he could no longer write or tweet. After hearing stories of friends and colleagues prevented from leaving the country and even imprisoned, he decided to leave.

Muhammad bin Salman, the crown prince, has an ambitious agenda to reform his country’s oil-dependent economy. He has turned Western heads by loosening his kingdom’s stiff social restrictions, most notably by lifting the ban on female driving. At the same time, he has ramped up his suppression of political freedoms and the ability to voice dissent. The kingdom has detained the owners of Saudi media outlets and extracted concessions in exchange for their freedom. Many of the prominent female activists, such as Lujain al-Hathloul, who lobbied for the right to drive, now find themselves in jail. Saudi journalists who have contacts with foreign embassies risk being labelled as treasonous. The country already scores among the worst in the world on its free-press protections. Despite the crown prince’s youth and courting of the West, that seems unlikely to change.

Mr Khashoggi sat down with The Economist to give his thoughts on the state of free expression in Saudi Arabia and across the Middle East. The transcript, presented below, has been lightly edited for clarity.

The Economist: Tell me the story of why you left Saudi Arabia

Jamal Khashoggi: It was around this time last year. It was Ramadan, and usually we Saudis—and as someone from Medina—I would have loved to spend this time in Saudi Arabia, in Medina during Ramadan. But I did not feel comfortable. I was nervous.

The Economist: Why were you banned from writing and tweeting?

Mr Khashoggi: They did not give me a reason when they ordered me to go silent. But it all started after I spoke at the Washington Institute [for Near East Policy], and I said Saudi Arabia should not be comfortable with the election of Donald Trump. If they did not like [Barack] Obama for not supporting the Saudi stance in Syria, they should expect the same from Trump because of Trump’s relationship with Russia. The Washington Institute quoted me as saying that. And I learned later from a close acquaintance at the royal court that they were afraid that me speaking might hurt talks then underway with the Trump team. It was really ridiculous because I was just a journalist.

[…] Then the Qatari crisis broke out, and the Saudi media went into a frenzy. The Saudis who were silent were accused of being traitors. That made me feel like I better leave just to be safe. So I packed my stuff and I left for America. When I left, I had no plan to speak out. I just wanted to be safe. I was afraid of getting banned from traveling, because I was hearing of people getting banned. So I thought: “Get out while you can, before it is too late.”

After I arrived in Washington, things began to happen in Saudi Arabia. Arrests…

The Economist: These were the big arrests?

Mr Khashoggi: The big arrests [of prominent princes and businessmen like al-Waleed bin Talal who were detained in the Ritz-Carlton hotel in Riyadh]. And many of my friends were arrested.

The Economist: Your journalist friends?

Mr Khashoggi: Journalist friends, activists, social-media personalities, ordinary friends who I knew, acquaintances. What is annoying is that there was no reason. And I think when you get arrested for doing nothing, it is more painful that way. Now eight months after the arrests of those guys last September, they haven’t been charged with anything! Many of them spent months in solitary confinement.

A brother of one of them called me and said you will not believe what I have been through. This brother visited him and found him so broken. We are talking about economists, intellectuals, writers. We are not talking about criminals who are used to a tough life. People like you and me. If you ended up in jail, it could break you—especially in your own country.

The Economist: So now you’re in self-exile?

Mr Khashoggi: I’m in self-exile. I don’t see myself as opposition. I just want to be an independent writer, and that is what I’m doing with the Washington Post [where Mr Khashoggi is a contributor]. I’m just writing my views assuming that I am Saudi Arabian.

I am writing a forthcoming piece in which I suggest why Muhammad bin Salman [the crown prince of Saudi Arabia] needs a free press. In it, I propose the Kuwaiti publication law as a model. In Kuwait, even though it is a monarchy, the Kuwaiti media has more room to debate and check and balance the government. But they do not criticize the emir.

The Economist: That you think is a reasonable compromise?

Mr Khashoggi: I think it’s reasonable. I’m not an extremist. And I disagree with Saudis who are calling for regime change and stuff like that. It’s just ridiculous. We don’t need that in Saudi Arabia. I believe in the system—I just want a reformed system. Actually, I want the system to give me a voice to allow me to speak.

The Economist: And so in your view, monarchy can encompass free expression?

The Economist: So what are your plans in terms of returning to Saudi Arabia?

Mr Khashoggi: I will not return because I don’t want to risk losing my freedom. I really don’t like being in jail. I don’t want to struggle and be the shining example. I just want to be a free writer. I think I am serving my country and my people by providing an independent narrative.

I often get attacked in Saudi Arabia, but the critics don’t ridicule my ideas. There were about 30 or 40 articles attacking me in the Saudi press. Not a single one debated something I wrote. They just ridiculed me as a person. They see me as a traitor who is writing in the foreign press. But discuss what I am writing? They will not.

The Economist: Looking at the rest of the Arab World in terms of the ability for journalist to write or to express an independent voice, it seems like there has been a backslide there. The country I’m thinking of is Egypt after President Abdel Fattah al-Sisi came to power in 2014.

Mr Khashoggi: Egypt is a mess. There is totally no freedom, but they are making a mockery of journalism in Egypt. In Egypt a journalist lies. Or the government tells people to lie and engage in conspiracies. If you were working a news agency, you cannot trust anything you read in Egyptian newspapers, you cannot trust any number.

And this is very sad because Egypt is the mother of Arab journalism. But in the Arab world, the countries where you can find decent journalism is entirely related to the extent of freedom there: Tunisia, Morocco, Kuwait, and Lebanon except for the intimidation of Hizbullah. In Lebanon there is some freedom, but of course Hizbullah is intimidating journalists who dare to go after them.

The Economist: And what it’s like in the UAE or other Gulf states?

Mr Khashoggi: It’s very controlled. In Saudi Arabia, in the UAE. Sometimes the government plays a very interesting game, in which you are allowed to criticise or to debate an issue in another country but not your own. Again, this is ridiculous.

The Economist: And so you obliquely talk about an issue in your country by mentioning a parallel in another?

Mr Khashoggi: Yes. I can imagine a Qatari newspaper talking about the badly managed economic policy in Egypt. But they will not talk about the wasteful cost of building in Qatar, which I find hypocritical but we do it in the Arab world. I did it, when I was an editor in a newspaper. It is like that old joke about Brezhnev and Eisenhower. Eisenhower tells Brezhnev, “In America, anyone can criticise me openly.” And Brezhnev says “Yes, we have the same thing in Russia. Anyone can criticise the American president openly.”

The Economist: What are the ultimate consequences of Saudi Arabia not allowing voices that are critical of the country? What does that portend?

Mr Khashoggi: Particularly at this time, it is not right. Why? The crown prince is engaging in a major economic transformation. And since there is no one to debate it, to discuss it, he will not see the faults of those transformations. For example, he orchestrated the spending of tens of billions of dollars in building an entertainment city south of Riyadh. There was not a single article debating the feasibility of this project. When you build a metro line in Washington, DC, you debate whether it is a smart decision or not.

The Economist: Who exactly told you to stop tweeting and stop writing?

Mr Khashoggi: It was an assistant to the crown prince. I got the phone call from the royal court. I couldn’t debate it, there was no court order. This is the system. 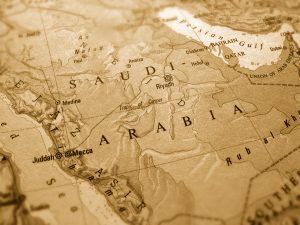 The crown prince doesn’t listen to Saudis – why would he listen to Theresa May? 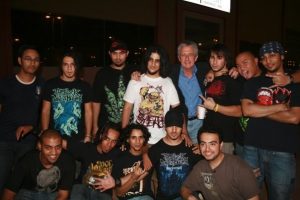 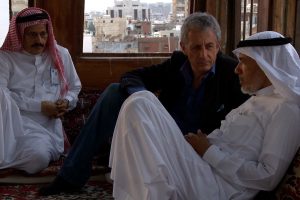 The Big Royal Match of the Day

How anger at Harry and Meghan ran deep...