Robert Lacey writes in The Sunday Telegraph of 4th July 2021 explaining how Princes William and Harry put aside their differences in order to commemorate their mother.

Ever since Thursday’s unveiling, Britain’s art critics have been falling over themselves to proffer snarky denigrations of the new statue of the late Princess Diana at Kensington Palace – comparing her likeness to everything from actor Sean Bean to the sentimentality of Elton John’s ‘Candle in the Wind’.

There are worse insults. Sean Bean’s performance in the TV drama ‘Time’ has been an ornament to our recent Sunday nights, and – I’m not ashamed to admit it – the Diana-related version of ‘Candle in the Wind’ still makes me cry.

In truth, there is much to celebrate about this new statue – not least because it represents the joint efforts of two loving and admiring sons who have thought hard over the years about what their mother meant to them and to the world, and they have now put those thoughts on permanent display in grey-green bronze in the unrivalled setting of Kensington Palace’s re-designed Sunken or ‘White’ Garden.

I went down there myself on Friday, the morning after its unveiling, to see what it all looked like “in the flesh”. It proved a light, airy and rather uplifting experience to walk around the Sunken Garden, viewing the different perspectives of Diana with those three children at her knees through the artfully clipped windows in Kensington Palace’s ancient box hedge. Eagerly snapping photos on their iPhones my fellow visitors could not quite believe they were so close to the icon that they had been viewing on the news the night before.

You do not have to buy a ticket to get so close. Access to Diana is free, Wednesday to Sunday, to any visitor who pitches up beside Kensington’s Round Pond in opening hours – currently between 10am and 6pm, with last admission at 4.30pm, affording ample time for several circuits of the garden followed by a cup of tea in the conveniently adjacent Palace café.

The statue completes the set of Diana memorials in the Royal Park, starting with the Princess of Wales Memorial Playground, located next to Kensington Palace and opened in June 2000 within three years of her death – along with the Memorial Walk, a seven-mile excursion that takes you past no less than 90 of the locations associated with Diana during her life.

Partnering the Princess of Wales Memorial Fountain to the south of the Serpentine, the new statue in the White Garden completes the ‘Diana-fication’ of the British monarchy, memorialising that compassion, outreach and humanity which Diana brought to the staid and cautious House of Windsor – who did not really welcome her medicine, but who have now swallowed it just the same.

Could we detect gritted teeth as the sculptor Ian Rank-Broadley spoke to the BBC about the pleasures of ‘collaboration’ with the two princes in the creation of this work of art? William and Harry were evidently not routine patrons who just signed off on his design, then left him to get on with his sculpting undisturbed. Both brothers made frequent visits to his studio, apparently, to discuss and amend their mother’s likeness as it evolved – so we should reflect on that when people complain that Diana’s features in the statue look “too old” or “too tough”.

This is no “Shy Di” that we now see stepping down into the water garden past which she loved to make her side-door escapes from the Palace. So her shoulders look too broad to you? Don’t forget that this was the 1990s, and by the time she entered her 30s the ex-princess had become devoted to her workouts in the gym.

I myself could not believe that wide belt with its huge rectangular Sloane Ranger buckle! But look at the charming and contemplative photograph by Derry Moore that Diana picked out to be her Christmas card in 1993. It was her first card sent as a single mother of two – a highly significant choice after her official separation from Prince Charles the year before. She looks both proud and pensive with her two young Princes by her side. 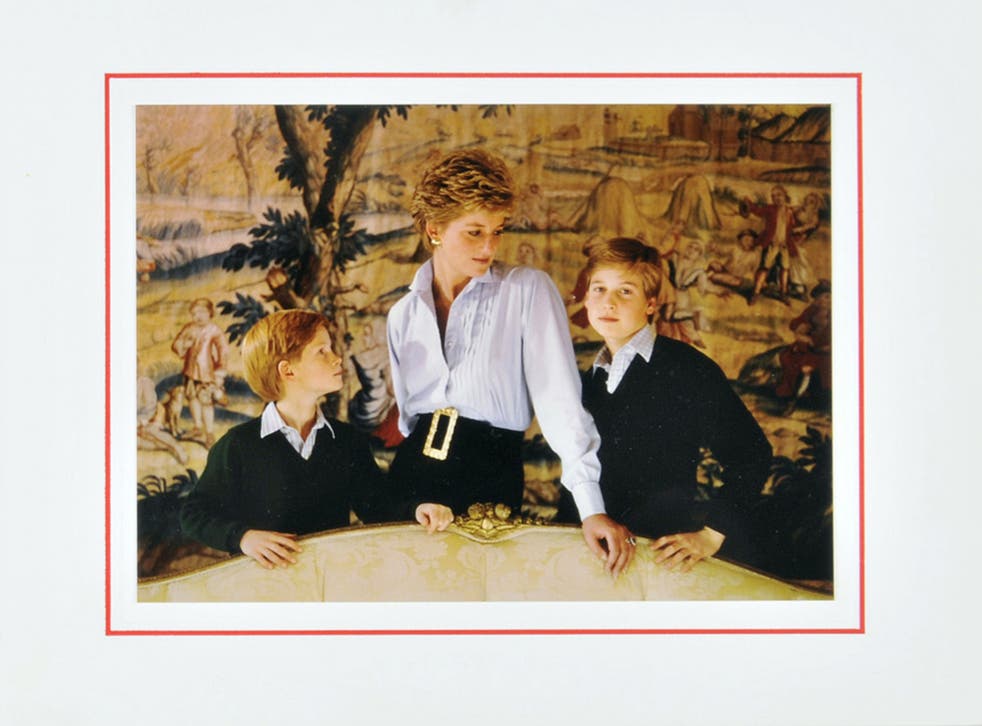 This is clearly the Diana that her two sons remember from those years in the mid-90s towards the end of her life when they were both of an age – William had entered his teens – to reflect most profoundly on what she meant to them.

This is the mother they recollect and whom they want to place on record for us and for future generations long after we – and they – are gone. As you walk into the Sunken Garden you pass on your left a statue of Queen Victoria (1819-1901), who spent her youth in Kensington Palace, not far from a grandiose memorial to William III (1650-1702) – ‘King Billy’ – who died there. This is Diana’s company for the ages.

King William and Queen Victoria are on elevated plinths. Diana, Queen of Hearts, is virtually on ground level, stepping out through the flowers to the little lake that runs down the heart of the Sunken Garden. It made the unveiling ceremony on Thursday the more personal to see Diana (just x1.25 to life-size) standing virtually on a level with her Spencer sisters and brother – and also her sons.

The watching world was searching for signs of animosity between William and Harry – or, even more unrealistically, for tokens of swooning reconciliation between the pair. But this was to get the nature and the purpose of the gathering entirely wrong. The brothers had come together to celebrate what they had achieved in partnership – the permanent securing of their mother’s position in the royal pantheon.

Both brothers were wearing dark blue suits for the occasion –  two considered choices that sent out a joint message. Usually Harry wears a sharp shade of grey – especially since Meghan has come into his life. But both brothers knew that Diana liked her men in blue. That was the colour that Prince Charles chose to wear amidst the sea of black at her funeral – a silent act of homage that was little publicised at the time.

Similarly, the brothers did not make individual speeches. That had been the original plan. A week previously, press briefings advised royal correspondents to anticipate two separate addresses from William and Harry. In the event, on the day we got that tastefully considered joint statement: “‘We remember her love, strength and character – qualities that made her a force for good around the world, changing countless lives for the better. Every day we wish she were still with us…”

In fact, there was a great deal of unified brotherly planning and thoughtful judgement in the build-up to that simple ceremony – from stripping away the originally-scheduled jamboree gathering of friends and donors, now postponed until the autumn, to a stringent limiting of the press presence at the scene. There was no cluster of the telephoto lenses that haunted their mother’s life – and drove her to her death.

Most of all, these two professional royal performers got the tone between each other exactly right. They did not feign a warmth and togetherness that the world knows has vanished for the time being – and maybe for good. The brothers spent barely 10 minutes together before the unveiling and about 20 mins after; Harry is believed to have flown home on Friday.

These two sons on the Christmas card are now adults who have chosen their separate destinies – one as a working royal heir, the other as someone who has struggled with the impossible challenges of being a ‘spare’ and has chosen instead to set his own fresh goals in love and in life.

They were respectful to each other. They were warm and affectionate to their aunts and uncle – and they were respectful, above all, to the mother who was so very present that moment in their hearts and minds, and who was standing in front of them in the intriguing, grey-green bronze figure that they had helped shape together on the garden steps.

Michael Cole, the former BBC royal correspondent, who, through his closeness to Dodi Fayed, was also close to Diana in the final weeks of her life, has remarked on how this statue of Diana with the children at her feet, conjures up the aura and memory of Mother Teresa – Saint Teresa of Calcutta – who happened to die that same late summer of 1997.

The comparison is apt. Mother Teresa’s death came on 5 September, the day before Diana’s funeral, and a cartoon of the time depicted the saint greeting Diana at the gates of Heaven. ‘You didn’t think I would let you come up here alone, did you?’ 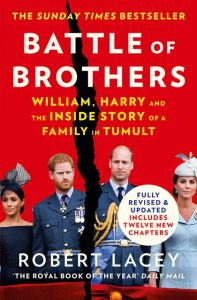 Read the full article in The Telegraph: Brothers united: How the princes worked together on a statue worthy of Diana

Is this the day of reconciliation between Prince William and Prince Harry?

How the Queen ‘sussed out’ Vladimir Putin twenty...