The Telephone Triumvirate: 70 years on, it runs the show

As the Platinum Jubilee begins with news of Camilla’s elevated status, the Queen, Charles and William are making the big decisions as a trio. Robert Lacey writes for The Times.

Queen Elizabeth II helped resolve a conundrum this weekend when she finally came through strongly for Queen Camilla. But the Platinum Jubilee monarchy is still facing a slew of problems . . .

Prince Harry and Meghan have accused the family of racism. Others have accused the Sussexes of bullying their staff. Palace inquiries have been initiated into both issues, and the conclusions are still to be published. The Prince of Wales faces accusations of “cash for access” involving foreign oligarchs — and that is the subject of another inquiry. Harry is threatening to sue the Home Office over his security if he comes to Britain, while we await publication of his ghost-written memoir exploring the errors in his royal upbringing. Then there are the unsavoury legal allegations surrounding Prince Andrew, hardly improved by the recent disclosure that the 61-year-old adorns his bedroom with carefully arranged teddy bears, two of whom occupy their own mahogany “thrones”. Who needs real working challenges when you are blessed with a family that generates embarrassments like these? 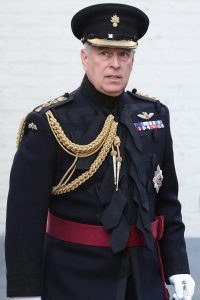 The Windsors have tried to kick the Andrew scandal into the long grass by declaring that the prince will be facing his difficulties from now on as a “private individual”. But the deeper problem is that royal individuals are never truly “private” and royal problems can take a helluva time to resolve.

“It is intended,” Charles’s official website for 10th February 2005 firmly declared, “that Mrs Parker Bowles should use the title ‘HRH The Princess Consort’ when The Prince of Wales accedes to The Throne.”

That was 17 years ago — and in the meantime, we have seen that whole array of other family issues coming to the boil. It’s three decades now since the Annus Horribilis of 1992, and in that time royal controversies have become the norm.

Except, of course, when it comes to the Queen. The success of any monarchy depends ultimately upon the character of the person who is doing the job, and it is the person of Elizabeth II whom Great Britain and the Commonwealth will be celebrating when the jubilee pennants are unfurled this summer.

The Queen, however, is not especially focused on that beanfeast in the future. Right now she is looking backwards, staying on her Norfolk estate at Sandringham where yesterday she marked the anniversary of the death of her beloved father.

“It is a day that, even after 70 years,” she pronounced on Saturday in her Accession Day message, “I still remember as much for the death of my father, King George VI, as for the start of my reign.”

Elizabeth II learned a lot from her predecessor in the job, and if she is judged to have made a success of it, then an essential part of that is down to him.

The ever-dutiful and ever-worrying king — now world famous for his stutter thanks to Colin Firth and The King’s Speech — always felt there was something special about the East Anglia estate where he was born and died. The “Squire of Sandringham” was most in his element when striding over its stubble fields as the North Sea winds whipped in across the bleak coast of the Wash, and his successor derives a similar strength from the austere Norfolk countryside. Her father was rooted here, and so is a crucial part of his daughter.

To avoid fuss and expense this year, the Queen is not staying at the “Big House” built by the future King Edward VII between 1870 and 1900. She has based herself at Wood Farm, the group of relatively rural buildings set around a courtyard on the estate, where Prince Philip spent most of his time after his retirement in 2017. As she takes her daily exercise around the gardens, she is also remembering her husband of 73 years, the other most important man in her life.

Then there is the Duke of Cambridge, to whom the Queen made a handsome 2011 wedding gift of neighbouring Anmer Hall, previously leased to lesser royals and friends of the family. Anmer is right on the edge of Sandringham, and the Queen politely bustled out the existing tenants a year or so in advance to get William and Kate properly ensconced beside her in her beloved Norfolk. It is a sign of how she sees William as a particular heir to the values she inherited from her father. 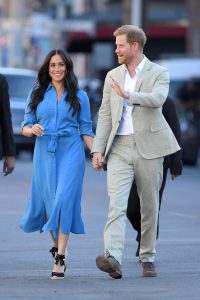 This closeness between Elizabeth II and her grandson has been evident since William was a pupil at Eton in the late 1990s and would cross the Thames to Windsor for Sunday lunches that turned into royal tutorials. The Queen enjoyed showing the future monarch the official documents that it is the sovereign’s job to process via the leather-bound Red Boxes, mentoring the prince for his destiny — just as she had learnt her trade from her father.
After Diana’s death, the Queen became the closest thing William had to a foster mother. There has never been any suggestion that Camilla provided a role model. And that jump across the generations continues today, just as Elizabeth II modelled herself on her formidable grandmother, Queen Mary, rather than upon the sometimes over-fluffy “Queen Mum”. “She’s having a ‘Queen Mary’ day!” courtiers still remark when the monarch appears to look especially inscrutable.

This close grandmother-grandson axis has shifted the royal dynamic that many predicted for this later, more advanced stage of the Queen’s reign. There had been talk of Prince Charles playing some role as “Regent” to his mother as she reached old age, but this never reflected the intrinsic balance between mother and son — nor, really, the set-up that many wanted to see. Prince Regent is not a role with enviable precdents in British history.

A more intriguing framework has developed from recent events. The three-way relationship that took shape between the Queen, Charles and William as they reacted to the rebellion and departure of Harry and Meghan from working royal life after 2019 forged the power structure across the generations that runs the monarchy today.

It started with emergency telephone calls as the brothers’ battle spread up the royal and family chain to drag in father and grandmother, and this has been the paradoxical dividend of the Sussex schism — the creation of a triangular working relationship between the monarch and her two highly active adult heirs. It also reflects the present geography of royal clout, spread as it is between Clarence House/Highgrove (Charles), Kensington Palace/Anmer (William) and wherever the Queen’s HQ happens to be.

Andrew’s eventual “de-royalling” was largely decided in this fashion over the weeks that the Ghislaine Maxwell trial unveiled the full scandal of the prince’s involvement with Jeffrey Epstein. The Queen is believed to have defended her second son loyally until the unrolling evidence — not least a photograph of the criminal couple gloating as Andrew’s guests at Balmoral — demonstrated how totally the prince’s lack of judgment had jeopardised the family’s reputation.

Today, William provides the pepper in the royal pudding, to switch metaphors. The junior prince is “the youthful spice in the mix”, says one who has observed this team taking shape. The future King William V has the hyperactive willpower that characterised previous Williams on the throne — from the Conqueror of 1066, via “King Billy” of the Glorious Revolution, to the “Sailor King” William IV who preceded Queen Victoria. The 21st-century William has a temper, to be quite frank. Many are quietly thankful for the restraining wisdom of Kate.

The prince’s anger was displayed in an ill-judged light in May last year when he reacted hastily to the Dyson report into the notorious Martin Bashir interview with his mother, launching a scathing attack on BBC “lies”. That demonstrated loyalty as a son, but it was hardly constitutional.

More on target was William’s reaction to Harry and Meghan’s allegations of racism in their March 2021 interview with Oprah Winfrey. Ambushed by the press, his father had only managed a feeble chuckle — a chuckle! — in response to a reporter’s shouted question: “What did you think of the interview, sir?”

But the next day William had his response ready and waiting. “We are very much not a racist family,” he declared, turning to a group of reporters with all the anger of a man whose brother had just smeared his kin with the code words “unconscious bias”. It was suddenly very obvious who was going to be the family’s next Prince Philip.

Harry, for his part, seems set on becoming a modern Duke of Windsor — with extra trouble attached. His present legal complaint against the Home Office is actually aimed at his own family, seeking to reverse his removal from royal protection that he bewailed so bitterly to Winfrey. Future developments seem certain to sour the jubilee months ahead.

In the meantime, the Queen has made clear whom she considers her true successor. When planning the royal train’s December 2020 tour of mainland Britain to thank the country at what was then thought to be the conclusion of the Covid crisis, she selected William to do the job with Kate. Then she welcomed them back to Windsor in a ceremony that she devised herself to display the young couple in the Quadrangle as working heads of the post-Sussex “New Firm”, flanked by Charles, Camilla, Edward, Sophie and Anne as their lieutenants. The last three provided the “safe hands” of the group, backed up by lesser-known cousins such as Richard of Gloucester and the unassuming Duke of Kent.

This is the team who will support the Queen this spring at the memorial service planned for the Duke of Edinburgh at Windsor, and will then be on display for the celebrations of early June. Modern jubilees were semi-religious rituals devised by Europe’s monarchies in the 19th century under the pressure of the French Revolution to display popular consent for their unelected royal status. There seems little danger of consent being withheld from the Queen this summer.

Read the full article in The Times: The Telephone Triumvirate: 70 years on, it runs the show

The Queen marks 70 years on the throne

How the Queen ‘sussed out’ Vladimir Putin twenty years ago

Queen had secret plan for Prince Harry and...

How anger at Harry and Meghan ran deep...

Inside Prince Harry And William’s Feud

How the Church of England has shifted on...

How Prince William Is Stepping Up amid an...